The Consequences of Climate Change 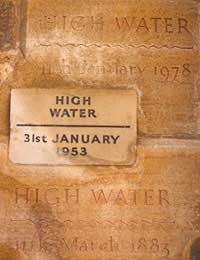 As the specific nature of climate change is not fully known, the consequences cannot be gauged precisely. However, there is overwhelming agreement that the average world temperature is rising, and that it will rise between 1.4 C and 5.8 C over the next 100 years. This will inevitably lead to drought, flooding, increases in hurricanes and tornadoes and possibly widespread crop failures.

Predictions for climate change range from those that claim it could cause major changes to our lives, in order to adjust to rising heat conditions, and those who believe that it could be catastrophic. At worst, global warming could cause flooding to our major coastal cities (including London and New York), widespread drought and crop failures in hotter climates such as Asia, Africa and South America, forcing starvation, the spread of disease through poor sanitation and starvation. Given these consequences, it is essential that climate change is taken seriously, and changes to weather patterns are charted as accurately as possible.

The consequences of climate change could be devastating if action is not taken to understand these changes, and to try to hamper them as far as humankind can. It is, perhaps, necessary to put to one side the debate about whether - and to what extent - we are responsible for climate change, and do so much as we can to restrict the consequences by changing our behaviour and adapting to a changing world. There is a responsibility for those in the Western world to ensure the security, health and safety of those in the developing world.