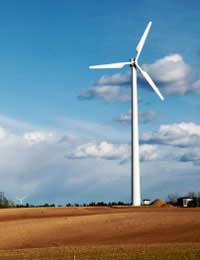 The issue over whether countries are meeting their Kyoto agreements are rather shady and depends really on who you are speaking to. As with anything approaching politics, statistics are often used to confuse and mislead. Unfortunately, the nature of carbon emission reductions means that all data relating to how well a country is honouring its goals is statistical. This means that in the case of the U.K, for example, overall greenhouse gas emissions may be seen to be falling, while carbon emissions are seen to be slightly up on their 1990 levels. This all leads to a lot of fudging of the major issues, with Gordon Brown proposing a Climate Change bill that commits the UK to reductions of carbon emissions far in excess of anything agreed in Kyoto, or liable to be agreed in a follow up to Kyoto. Proposals such as these are all good and well, yet one wonders if this is not all idle talk in face of the environment facts - emissions of Carbon Dioxide have apparently been rising by 2 per cent a year since Labour gained power.

This is really embarrassing for the UK as France and Germany - our nearest comparable neighbours in terms of culture and industry, have both made significant headway in reducing carbon emissions overall (although in France's case this is in large part due to a significant majority of their energy being sourced from Nuclear power stations).

Carbon Emissions In Other Countries

The world over it seems that carbon emissions have gone up in the last few years. This is arguably chiefly as a result of emissions expended by poorer developing countries which have had lower carbon restrictions placed upon them at one end of the scale, whilst at the other end richer countries dodge their commitments outright (as with Australia and the U.S.) of try and cheat the system with carbon emissions. Of the latter, it has been argued that many E.U. countries appear to honour their climate change commitments, when in fact their carbon emissions are merely offset by the entry into the E.U. of several partly agrarian nations with such low emissions as to make the overall E.U. quota seem more reasonable.

Overall worldwide emissions appear to have risen by just over 3 per cent in the years following from 2000-2004, with little sign that they are slowing currently. This means, that even if some countries have stuck to their quota, with those that haven't, and those that refused even to participate taken into account, the Kyoto Protocol may well not have had the desired effect.

It does seem that if targets are to be met it will be as a result of sudden last minute action - something the current Climate Change Bill in the U.K. aims for in principle at least. For the moment we must assume that the worst statistics concerning U.K. emissions output are correct, and then we must act accordingly. This means essentially two things - reducing air travel and reducing car travel to help the environment. On top of this recycling, using energy efficient light bulbs and switching off lights and appliances that are not in use may all help to bring our carbon emissions in line with promises made.