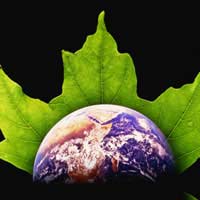 Ever since the Kyoto agreement was signed by most countries in the world attention has been focused not only on maintaining commitments to reduce greenhouse gases as set out in the Kyoto Protocol, but also on how to negotiate a new deal when the Kyoto Protocol expires in 2012.

The Kyoto Protocol itself merely established the conditions upon which countries would reduce their greenhouse gas emissions in the first phase of reduction. In this period the ground work has laid for more extreme measures to be taken in reducing emissions, particularly of Carbon Dioxide gas. Under the Protocol the U.K. has been expected to cut emissions by 20% in comparison to the emissions forecast for 2012 based on 1990 levels. It is felt that we are somewhere near approaching that, but many argue that a much more serious attempt at tackling climate change must be ushered in if we are to reduce the adverse effects of climate change.

Bali Talks – The Principles of a Deal Sketched Out

In December 2007 ministers from around the globe have met in Bali to discuss the possible terms of a deal to replace Kyoto. Top of the agenda has been how to fairly reduce emissions across developed and developing nations, and how much emissions should be reduced by in total.

Mid December saw dramatic scenes involving booing, heckling, fraught arguments and tears as the U.S. delegation seemed unwilling to co-operate on a precise target to reduce emissions by, and unwilling to give financial support to developing nations in order to help them develop green fuel.

Finally at the 11th hour the world seemed to strike the basis for a solid deal to be passed in two years – ahead of the expiry of the Kyoto Protocol. However, precise terms as to how much carbon emissions have not been agreed, and the U.S. refuse to agree on a 25-40% reduction by 2050, as suggested by other nations. The U.S. argue that precise figures are irrelevant, as many countries fail to maintain their commitments anyhow. It seems again that the U.S. intends for the developed world to reduce admissions by buying carbon credits from other nations. It is unclear how good a policy this is, and whether it will do enough to stem the flow of carbon.

Significantly, however, it seems that many countries that had been sceptical about agreement on Climate Change when Kyoto was negotiated in 1997 are now on board – for example India, Australia and China. It is now up to these countries, with the rest of the world, to set an example.

It seems that whatever is finally agreed following the Bali conference, that it will not be enough to convince environmentalists that we can tackle the threats of Climate Change. In short, so long as the U.S. – as the worlds biggest contributor to Climate Change - holds so many cards, and so long as the are unwilling to make sacrifices, little will be achieved in terms of a working Climate Change agreement to replace the perhaps already inadequate Kyoto treaty.

Again, the world can only hope that we attitudes and administrations in the U.S. change quick enough for us to avoid catastrophe! Barring that, the only hope is the development of new carbon efficient technology.