Home > Babies & Children > How to Save on Toys and Reduce Manufacturing

How to Save on Toys and Reduce Manufacturing 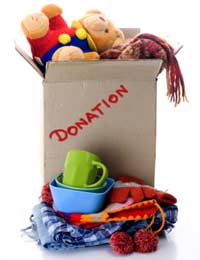 Christmas is a great time for children but sadly, the season of giving is the worst season of the year for our planet in terms of waste.

Research into the UK’s toy industry revealed that in 2010, the packaging used for children’s toys alone produced around 800,000 tonnes of waste – and that’s not counting the toys themselves.

The government has warned that it plans to legislate if manufacturers don’t make serious attempts to cut down on excessive toy packaging.

Toys obviously require some packaging to protect them in transit and while on display in shops but the Environment Secretary, says the amount used is excessive. Often, a very large box contains a lot of packing materials and the packaging has been designed to provide extra shelf appeal rather than to protect a toy.

Environmentalists are now appealing to parents to choose toys which are made from sustainable materials and don’t have excessive amounts of packaging. But an even better suggestion is to share your toys. After all, we are always telling our children that they need to learn to share – and it’s about time that parents practise what they preach.

So if your child is now too old to play with a doll’s house, make sure the toy finds a new home and instead of throwing away an outgrown Scalextric set, pass it on to a child who would appreciate it.

You can organise a toy swap at any time of year – after all birthdays are all-year round and you might be surprised how many local parents would be keen to get involved.

Most households have toys that are no longer used but often parents find it difficult to say goodbye to much-loved toys and books, especially when they are still in good condition. Parting with them can become easier if they know they are going to another child who will get lots of fun from them.

And a toy swap session means that they can pick up new toys which are more suited to their growing children at the same time.

It’s a win-win situation for both parents and the environment. Every time a toy is passed on, it means one less toy needs to be made and that cuts down on the pollution caused by manufacturing plants. It also means that toys stay in circulation for a lot longer before finally going into the dustbin.

If your child attends school or nursery, ask if they would accommodate a Toy Swap Session and put up a poster to advertise the event. You can produce simple vouchers from recycled birthday or Christmas cards and parents are given a voucher to “spend” for every toy of their own that they donate.

When they see a toy they would like, they hand over their voucher in return – allowing the toy donor to then “buy” a toy from someone else.

Make it clear that at the end of the session, any leftover toys can be taken by anyone who can find them a good home. Arrange for volunteers to take away toys which haven’t been snapped up and take them to a hostel, children’s centre or charity shop.

One problem which can arise with toy swaps is that most parents at your school or nursery will have children of a similar age – so you all take along same-age toys which have been outgrown.

That’s fine if you are happy to donate unwanted building bricks in return for a play kitchen but sometimes, parents of the older children in school can feel aggrieved because they are donating but there’s nothing suitable for their older children in return.

You can avoid this by asking parents of older children to have a clear-out and donate unwanted items. So, if your children are at primary school, you need to get the word out to parents who have senior school children.

Of course, few parents are happy to give their children only pre-used toys for their birthday or Christmas so it won’t avoid buying new altogether. But when you are shopping for gifts, remember that many of today’s toys are made from plastics which break quite easily. In fact, experts say that more than a third of toys given to children at Christmas end up being thrown away within three to four months.

In many cases, toys are made from a type of plastic which cannot easily be recycled so they end up in landfill instead.

So shop carefully – and go for toys that are made from longer-lasting and more sustainable materials whenever possible – and of course, if there’s a choice of products in the range, make sure you choose the one without excessive packaging!